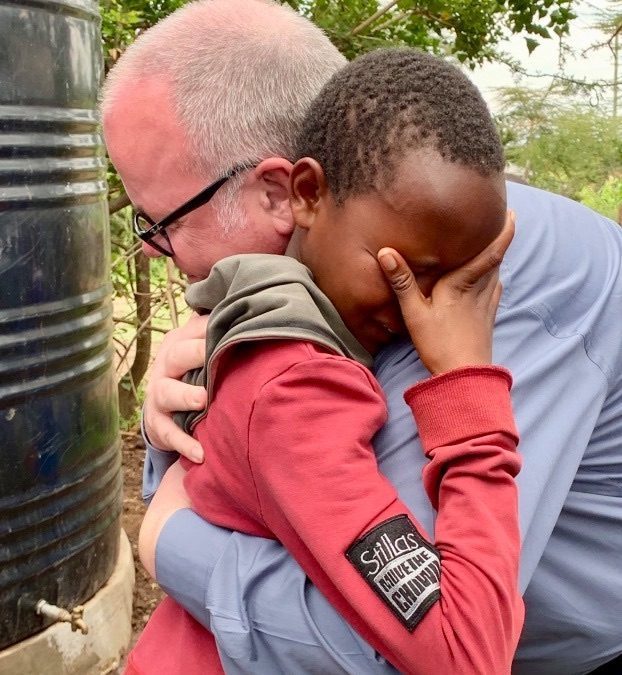 November 1, 2019 will mark one year since I took the role of President for Childcare Worldwide. And what a year it has been!

I’ve been sitting here at my keyboard trying to sum up what 12 months looks like. There is just so much to say. So, rather than attempt to say it, I decided that the entire year could be represented by the picture posted above.

I will never forget this moment. This young girl would walk every day for miles to collect dirty water for her family. She got sick from drinking that dirty water. It threatened her life and the lives of her family and friends. Then, one day, a few individuals heard the call of our Lord and donated money for a water tank. Childcare Worldwide installed that tank just a few months later and brought fresh water to this little girls village.

The moment this picture was taken, she realized she wouldn’t get sick from dirty water again. Her miles long water walk was over. Her life would be changed forever.

And she cried because she was so happy.

That’s what my life over the past 12 months has been like. The work of God has been the primary part of each day. His love is indescribable.

He loves a little girl from Africa.

I’m so thankful that he has put me here.

This site uses Akismet to reduce spam. Learn how your comment data is processed.

Bill Nienhuis is President and CEO of Childcare Worldwide, a child sponsorship ministry based in Bellingham, Washington. CCW delivers the Gospel of Jesus Christ to thousands of kids in underdevelped countries. He has been married to Melissa for 30 years, they have four grown children, two grandchildren, and they reside in the town of Lynden, Washington.